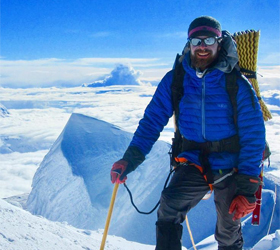 Originally from North Dakota, Brian grew up hunting, fishing, and spending much of his time outdoors. He graduated from Minnesota State University Moorhead (MSUM) with a degree in Anthropology, and worked for a number of years as a field archaeologist in the western United States and Alaska. Brian was introduced to climbing while studying abroad at the University of Otago, New Zealand. Bringing a new found passion for the sport back, he balanced his time between digging and climbing.

The transition from archaeology to guiding came slowly, and eventually he found himself immersed in a two-year guide training program. After this program Brian applied and was accepted as a short term intern with Chiang Mai Rock Climbing Adventures (CMRCA) in Northern Thailand. What should have been 4 months turned into 5 years! Initially in charge of training the Thai guides for the AMGA SPI course and exam, his duties soon led him to guiding full time, as well as being the Head of Risk Management and Guide Training. 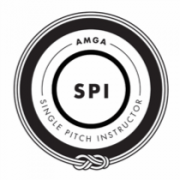